The population of Prague is nearly 1.3 Million and it is the %10 of the total population (11 Million) of Chezch Republic.
Like Most of the European Union Cities, Prague is also located on a river which is called Moldau (Vltava). Prag is known as the one of the most beauitful and gothic cities on all over the world, where can said “Fairy Tale City”.

Prague is a lucky city that after 2. World war, the gothic monuments and historical places hadn’t damaged and have UNESCO protection today.

If you have low economical conditions, it would be better for you to choose the hotels a bit far away from city, and you can reach the city center via public transportation easily. Center Hotels might be expensive due the season that you visited. Also the public transportation in Prague is really easy and practical.

If you prefer the hotels outside the city, I can suggest you the hotels near Prosecka metro station, which you can reach the city center directly and easily with metro.

Prague has 3 different metro lines (A-B-C). You can buy different combinations of tickets such as 30-90 mins – 1 day – 3 day tickets with different prices. With these tickets, it is enough for you to use the tickets for once that you first get on the bus/train etc. after that you just need to hold the ticket till the end of the trip. 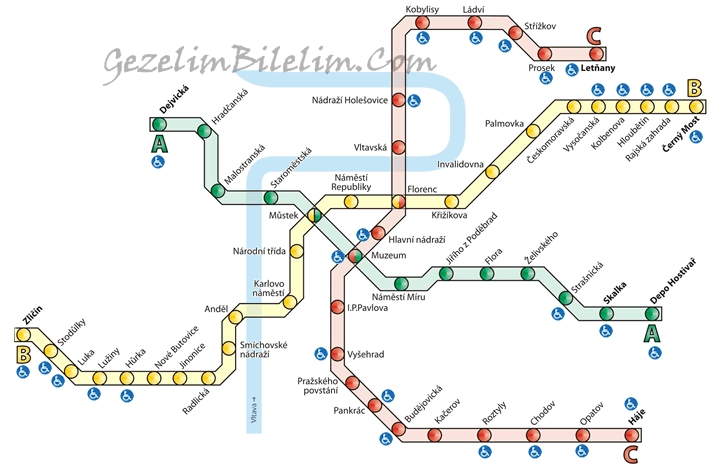 After these little tricks, let us investigate the touristic and other places that you should go and see in Prague. 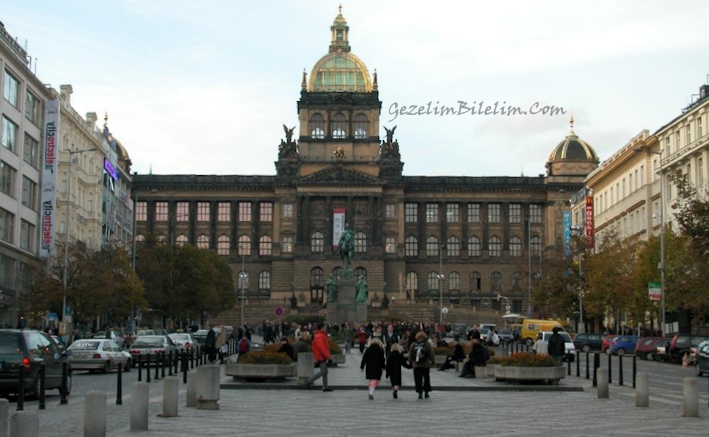 The Wenzel Square wher mostly hotels, bussiness centers, restaurants and cinemas are placed is one of the most popular places in Prague.
Prague is a typical museum city, where the one of the most important museum named as National Museum. You can find one of most popular historical men who’s name is Wenzel’s statue with horses in the garden of the museum.
Also you can see the 4 important figures which has historical meaning for Prague in the same place. 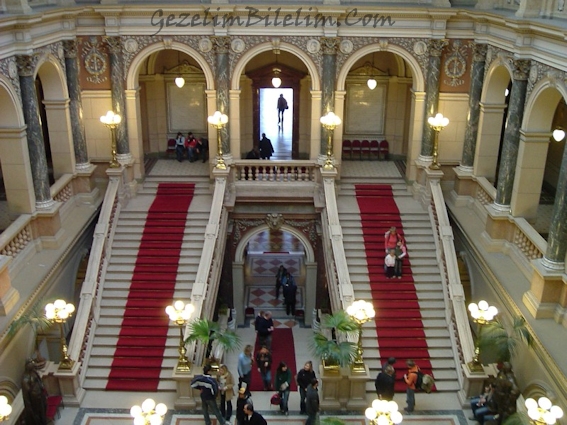 Inside Of National Museum

After geting in, I first point out the gorgeous architecture of the place. In Brief, the ground floor is like an exhibition place, 1. Floor is full of stone age monuments and some medals. The Most interesting floor is the 2nd floor that has the stuffed animals which you can see flies to squirrels all kinds of animals.
Also you can have some souvenirs from this place. In all seasons, these place is so crowded and the prices are often appropried. 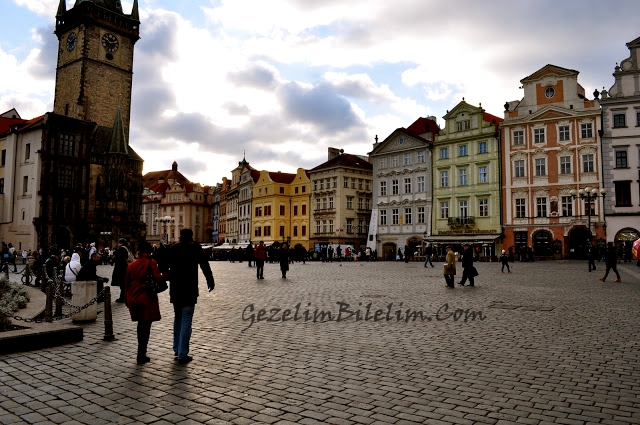 
With the Wenzel Square, the square named “Republic” is one of the most important squares of Prague. After walking around the Republic Square, I walk through the famous Karl Bridge. In History, this place is where the Bohemia Kings wear their crowns and greet the public. In the place called “Old Town” you can see small shed shops that sells the goods of the local street artists.
Like I indicate at the begining of my article, the places which has no damage in Prague can be seen in the Old City, and near the old city the “Church Of Lady” welcomes you.

This Astronomical clock which is the symbol of Prague, is visited by the tourist in every half hours to see the St. Paul’s and 11 apostles’ puppets of him. This clock is constructed in 15th century by Mikuláš of Kadaň and Jan Šindel. The Clock starts with the skeleton which placed in the upper part of the watch symobolizes the death and the bad sides of the life. After the skeleton takes the rope down, one window opens and the 11 apostles appears and after that one a crow appear and the watch “Gongs”. Near the ugly skeleton another puppets can be seen which symbolize the muslims, which has some musical instruments in its hands and shaking its head up and down. From this statue we can understand that the muslims are not liked so much in history.

When I focused on the left side of the clock, I see the Jewish usurer which is the symbol of stinginess, and near the jewish, a statue which has a mirror in its hand symbolizes pomposity. All these 4 small puppets symbolizes the unwanted sides of people. The lower side of the clock has 4 other puppets which symobilzes the good sides of the people which are; science , justice , astronomy, education. After the construction, the clock became very famous, and the producers of it also became famous. According to a myth the king of that date make the producers blind in order not to produce any clocks like this to anyone. And the producer hanged himself to the clock to broke down it and had commited to suicide and died. After that day, clock had broken so many years and one day they found a master to fix and and work again… 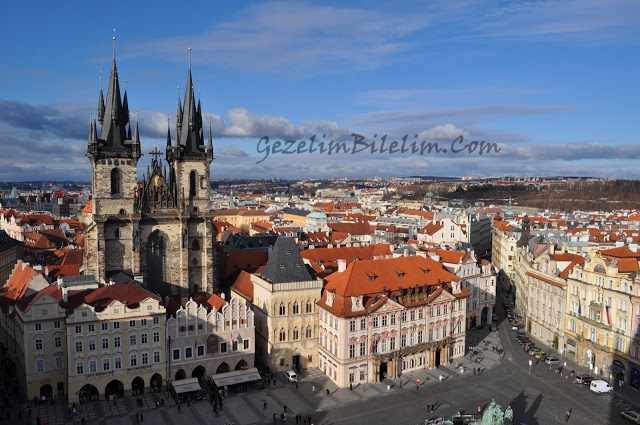 You can go up to the clock tower with the price of 3€, when you go up you can easily see that it really worths to go there. You can use the elevator to go up but if you want you can climb the stairs, its not so tiresome, so you wont be become distant from the history. 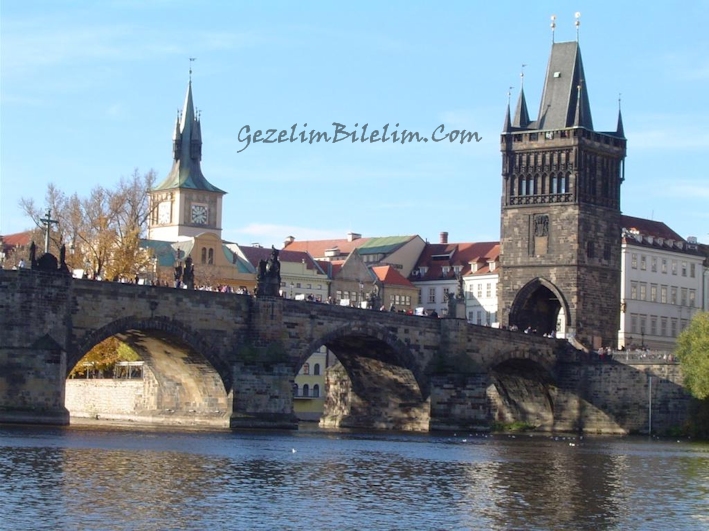 Construction of the bridge stared in 14th century and it şs totally 520m long and 10m width. It is one of the most popular symboles of the city Prague.On the bridge you can get some information about the famous historical people and history of Prague on the signboards. On the other hand you can see a gothic tower which was built in 15th century at the side of the Old town and at the other side Kleinseite Towers is worth to see. Also you can climb these Kleinseite Towers and watch the glamourous Prague from the skies.
The other important place in this place is the house of Franz Kafka who was a famous authot born in Prague and the St. Vitus Cathedral where the crowning ceramony of the kings took place. 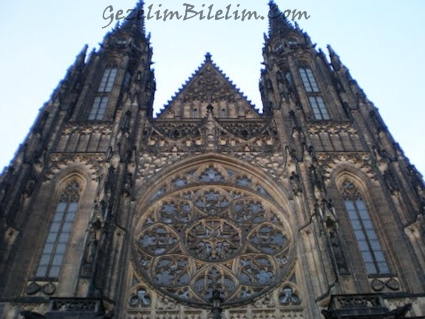 If you like boat trips, you buy a boat tour on the Moldau River and see the historical side of the Prague via boat.
There is a Jewish district which is famous with its synagogues where located near the Karl Bridge in the Old Town. You can see the Jewish cemetery and interesting synagogues.
In old times there were crowded Jewish communities in Prague but nowadays few communities remained who lives inPrague. 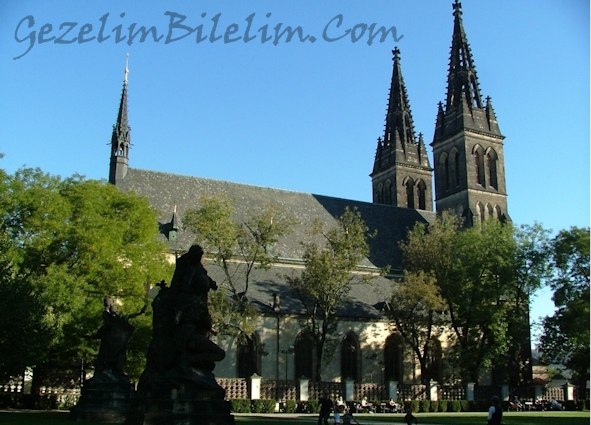 When you continue to walk you can reach the Nicholas Church, there is no charge for this Chuch to go inside, so you should go and see the inside of the chuch, the interior design is really attractive. While walking you can also see the statue of the National Hero Jan Hus. Hus was a key predecessor to the Protestant movement of the sixteenth century, and his teachings had a strong influence on the states of Europe, most immediately in the approval of a reformist Bohemian religious denomination, and, more than a century later, on Martin Luther himself.[2] He was burned at the stake for heresy against the doctrines of the Catholic Church, including those on ecclesiology, the Eucharist, and other theological topics.
He believes that the true religion have to be learned and applied with the Checz Language, and he burned with his books in the center of the town by the enemies. 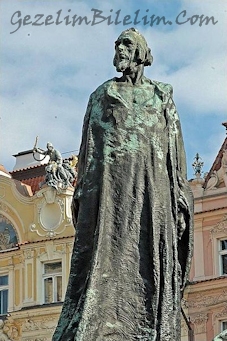 There is a national park called Petrin Park is a good place to have a rest where can be reached easily via tram. Like in Tibidabo (Barcelona) you can easily go to the top of the park via funicular. At the top you can find a Chuch And Strahov Monastery. If you haven’t got bored of getting into the churches, you must get in these monastery and churches. 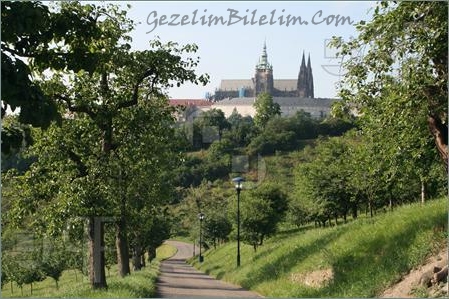 Like every city in Europe, there is also Castle in Prague called Prague Castle. In the entrance of the castle there is an interesting ceremony that the soldiers change their shifts, you should see that! After seeing the castle there are some good and cheap cafes that you can have a little rest and eat some deserts, because you will need some energy to explore the rest of the city.

The place called Vysehrad build in the end of the year 900 and can be reached easily by metro. The Prague Castle is built for protection of the city but after some time, it became famous with its doors. You should take pictures of the doors of the castle.

In here there are St. Peter and St. Paul Churches which are built in 11th century in neo gothic style, really worth to see. Just near the churches there is a cemetery of famous architectures and artists. Also you can find the famous musicians Dvorak and Smetana’s tombs in there. 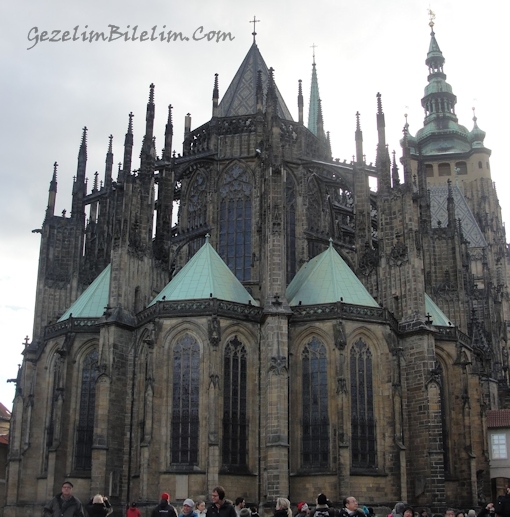 There is a good trick that is called Prague Card which can make you enter the museums and other famous places enter free and makes some discounts in some facilities, can be bought from the tourist informations offices.
After visiting the castle, we get on a coach and see the city with a nostalgical vehicle.

So i tried to show you my impressions about my visit to Prague, hope you enjoyed it!
Here is my last suggestions for you; Be sure that you eat your meal near the Vltava River especially the dinner. 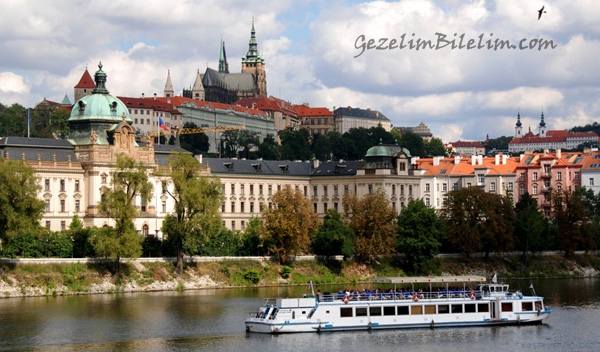 Also you should chose the summer – spring season to visit this beautiful city in order not to be get cold ! In winter because of its nature, Prague has a really cold weather.

And one last food suggestion; There is a restaurant named “Traditional Czech Restaurant” near National Museum where you can find really good food for cheaper prizes. If you dont like surprizes, this please is really suitable for you. You can find both standart and traditional foods from there.

If you choose a bit lower prizes, everywhere is full of Mc Donalds and other fast food restaurants. Due to the weather, there are so many soap restaurants, if you get cold you can go and take a soap brake in order to get some hot rest.

In conclusion, Prague is one of the best and interesting cities of Europe, you should

Make sure this account has posts available on instagram.com.